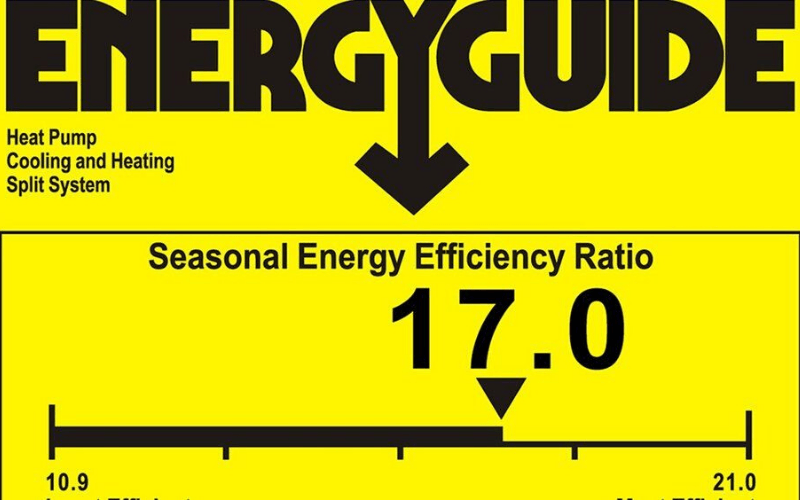 There are ranking systems for just about anything. These days you can find viral web posts ranking just about anything from songs, to athletes, to colleges, to everything (and we mean EVERYTHING) in between. But ratings don’t mean much if you don’t know what they represent.

What Does SEER Mean?

In the HVAC world, we have ratings, too. One of the most common that you will come across is the SEER rating. The number is listed on the yellow Energy Guide stickers you’ll find on many air conditioning units. If you read the fine print, you’ll see that SEER stands for “Seasonal Energy Efficiency Ratio”. In other words, it’s a formula that rates the efficiency of your appliance. For you mathematicians out there, here’s the basic formula: cooling output/energy used. The “seasonal” part of the rating means that the formula considers factors such as hot and cool days and output over the course of a typical “season.” The higher the rating, the better the efficiency. The better the efficiency, the more money you save. Simple, right?

Most modern air conditioners have a SEER rating from about 13 on the low end, to 25 on the high end. Here’s the catch – A/C units these days are quite a bit more efficient than traditional units. So a low-end new unit with a 15 SEER, would still be much more efficient than an older model with a SEER of 7 or 8. Remember – the SEER rating represents the output in optimum conditions (compare it to an advertised miles-per-gallon for a car.) Depending on conditions and usage, the efficiency will vary.

Buying Your Next A/C

And now the million-dollar question: Is it worth it to pay more for increased SEER? Higher-end parts will run more efficiently and cost less money in the long run, but they’re more expensive to start with, and replacement parts can be more expensive too. Here in Texas, where we run the A/C all summer long, high efficiency could be a feature that’s worth it.

Once you’ve done the calculations to determine which efficiency ratio works for you, give the Bosworth Company a call at 432-570-5233 or schedule an appointment online. We’ve got the model to fit your budget, and our experts will install it to ensure maximum efficiency. The Bosworth Company. Worth the Call. Always.